Thanks for doing the interview Bob. We first met, briefly, at S.P.A.C.E., which is a small press comic show you run in Columbus, OH and you’re a cartoonist as well. I was impressed and surprised when I received your trades to the co-op. What started your interest in comics? 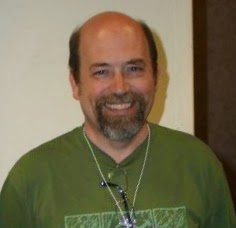 I first got interested in comics when I was about 5 or 6 and my cousin showed me a Superman comic and told me it was drawn by a person. I just thought that was amazing and I’ve been hooked ever since.

How long have you been self publishing?

Back Porch Comics (and its initial incarnation of Corby Visual Productions) will be celebrating its 30th anniversary this year at SPACE, if I get around to making the poster. I was actively trying to get some work published for about 3 or 4 years before I decided to self publish. The first minicomic I published was the Wizard of Comics #1 which was a minicomic I did for the Columbus comic shop of that name to give out at a small convention they sponsored. Wizard of Comics #2 was the first minicomic I actively traded in the Small Press Network in 1986.

What made you decide to start self publishing yourself? 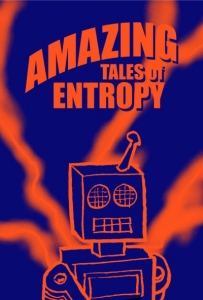 I started sending out work right before the B&W glut and did get some things published. Fire Fang had a 5 issue run in Just Imagine Comics and Stories before the glut hit and just Imagine bite the dust. Also my daughter was born that year so I wasn’t looking for anything that tied me to a schedule.

Who has influenced your style?

The three big ones are Charles Schultz, Jack Kirby and Jim Starlin.

What tools do you use to make your comics?
Most of my work is still hand drawn in pencil and ink. I use a Zebra M:301 0.5 mechanical pencil because I’m too lazy to sharpen a real pencil. I’ve been through a lot of different pencils but they eventually seem to start making them cheaper and I snap lead because I very heavy handed. For inking I use a Pentel Brush Pen. It’s neater then using a dip brush. I do most of my drawing in the family room just sitting in front of the TV with my wife, Kathy, so it would be very dangerous to have an open ink bottle. I use a Sakura 0.8 Micron for fine lines and stipple. They take a lot of abuse which I dole out when I’m stippling. I have played around with linoleum cut printing for a few comics and covers. I’ve used the real battle board linoleum and Ready Cut by Blicks. (Never, never use E-Z cut. I don’t know why they still sell it.) I also have done some acrylic painted comics.

What made you decide to start S.P.A.C.E.? 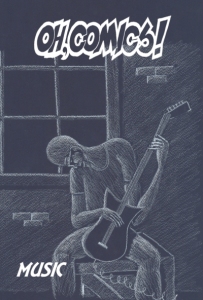 I was exhibiting at the old Mid Ohio Con for years and every year there was more and more non-comics stuff going on. So there were less and less people even looking at comics especially small press stuff. We had one of the first Spirits of Independents show in Columbus which went pretty well but it disappeared right after that. So I decided to do my own after nobody brought back the Spirits show.

What do you get out of making comics?

Mostly therapy. It gives me a chance to be somebody else every so often. I really enjoy making stuff up.

You can find out more about Bob and S.P.A.C.E. by visiting his websites: